Although Election Day is more than 18 months away, the 2016 Presidential campaign season is well underway. Reporters and producers are already scrutinizing every statement, expression, gesture, and action a candidate makes.

To control the message, political candidates must monitor the news as it happens and in all markets. The White House, members of Congress, and many government agencies know how news events can upend their plans, which is why they use services like TVEyes to track news events and keep their messaging consistent and persistent.

But broadcast monitoring is also an invaluable tool for political candidates. The news cycle requires vigilance, and campaign managers who track issues, opponents, and media personalities will be in a better position to control their candidate’s messages.

Here are just a few of the ways political campaigns can use broadcast monitoring in the upcoming election season.

Using TV as a Sounding Board

At this point, many candidates are still testing the waters for a potential run. Even if they’re honing their positions, much can be gleaned from the reactions, responses, and analysis of TV commentators to a candidate’s message. When a potential candidate proposes major changes to policy, budget, or the military prior to a run, a review of the broadcast coverage could provide his team with some valuable insights, including how well the message played in different parts of the country, the potential objections he might face, and the direction individual journalists lean on the issue. 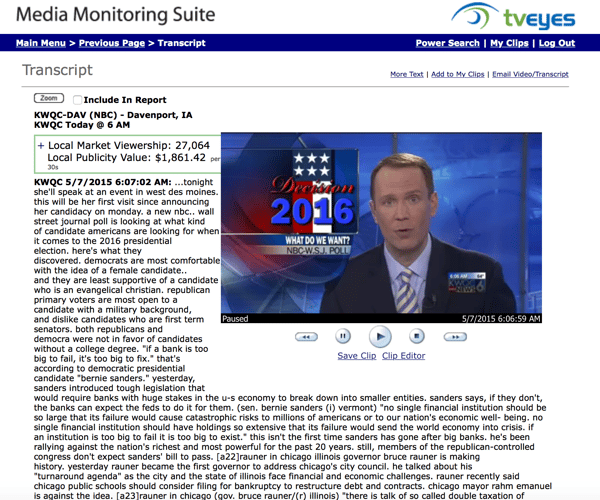 Likability is one of the most important characteristics of presidential candidates because voters tend to vote for the candidate they like most. Television plays a significant role in helping to form that judgment. Most voters prefer to get their news from television, and the medium gives them a more dynamic view of the candidate.

Journalists will seek to understand the arc of a candidate’s policy positions, questioning them about changes over time. How the candidate answers these questions may influence the public’s perception. If they are contentious or uncomfortable, as some candidates are in the early days of a campaign, the performance may overshadow the message he wants to deliver.

Broadcast monitoring can help campaign teams better prepare their candidate for these early media interviews. By examining past interviews of both the candidate and the journalist, the teams get the ammunition they need to help smooth rough edges and hone delivery.

This early in the campaign, candidates are developing messages that set them apart from the rest of their primary opponents. These messages will shift, depending upon the opposition’s platform and the beliefs of the voters they’re courting. Candidates who begin monitoring their opposition’s appearances from the very beginning of campaign season will have an advantage throughout the process. The position your opponent takes early in his run may become valuable campaign fodder in later primaries or in the general election, especially if his message has changed.

When a major event such as the Baltimore riots occurs, the candidates are often pressured for comment. But, later in the campaign, if a candidate contradicts these early statements, their opponents can use these comments in advertising or as talking points to paint the candidate in a negative light. 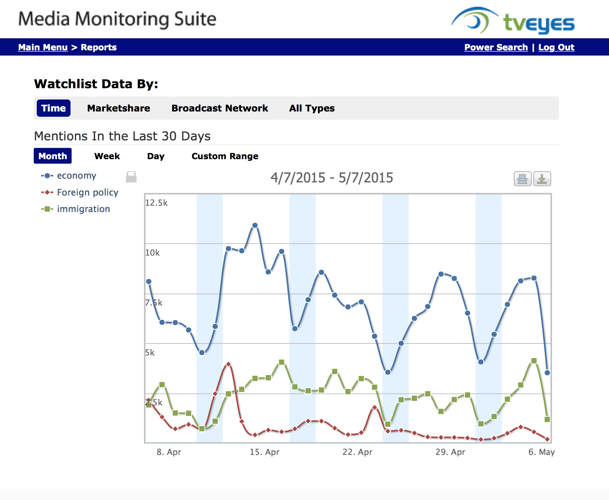 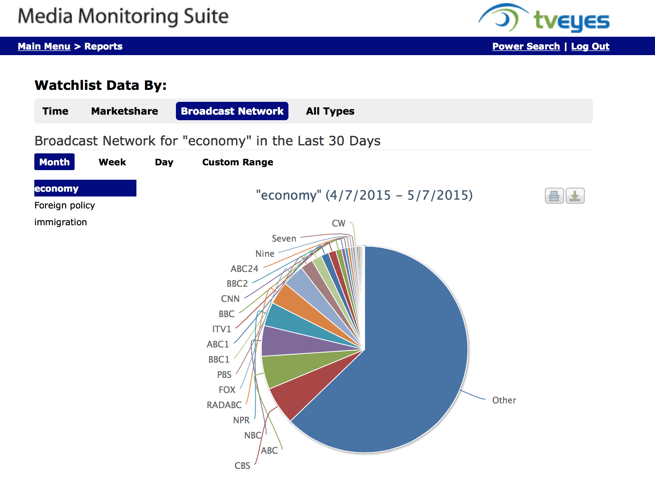 Likewise, heat maps can identify the area of the country where the candidate or an issue is getting traction. If coverage is lacking in key battleground states, headquarters can coordinate with field teams to raise visibility. 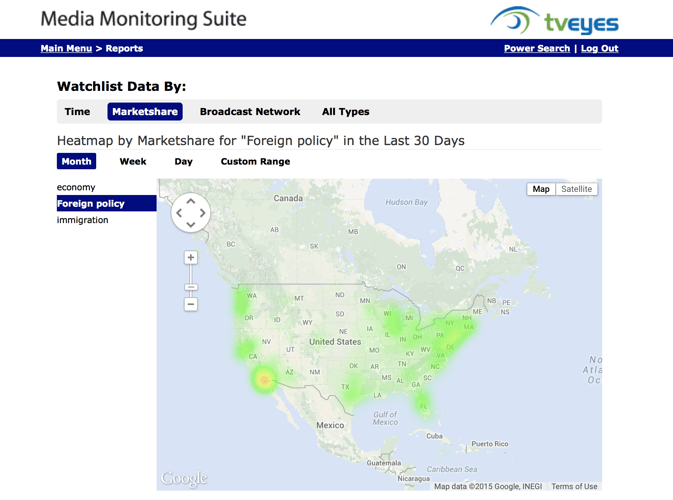 To learn more about how to use broadcast monitoring for political campaigns, download our Broadcast Monitoring for Election Campaigns Playbook.